Eesti Gaas will start designing a gas pipeline to Keila and connecting the city to the nationwide natural gas network, construction work will begin in April and last until the end of this year. 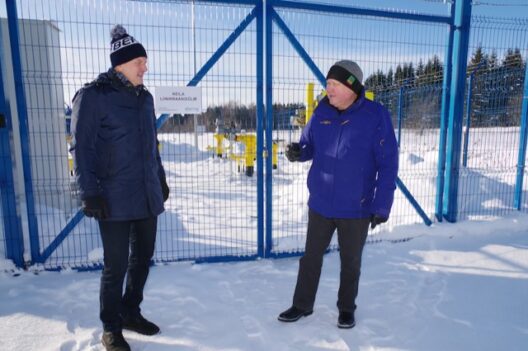 According to Keila Mayor Enno Felsi, the construction of a gas pipeline to Keila is a long-awaited event. “The arrival of natural gas provides new opportunities for the further development of companies as well as for supplying houses with comfortable and clean fuel,” said Fels.

“Every decade, one larger region or city has joined the gas network in Estonia, most recently the cities of Pärnu and Sindi and the municipality of Paikuse. The connection of Keila to the natural gas network has been considered and planned for a long time, after the completion of the Balticconnector connecting Estonia and Finland, it has also become economically reasonable,” said Ants Noot, Chairman of the Management Board of Eesti Gaas.

“If the gas pipeline is close, then natural gas is still the first choice as a fuel in terms of price, convenience and environmental friendliness for production companies, apartment associations and private owners. Next, Paldiski will probably switch to natural gas from Estonian cities, and the gas network will also bring production companies to the Keila and Paldiski regions,” Noot predicted.

Keila gas pipeline solutions are designed by Eesti Gaas subsidiary HG ProSolution and built by EG Ehitus. First, the pipeline will be built to Utilitas and Harju KEK boiler houses, the entire length of the distribution network to be built will reach 3.2 kilometers. In addition to the transmission and distribution network, a distribution station will also be completed. The total cost of the project amounts to two million euros, of which ten percent is financed by Enterprise Estonia through the network connection program for companies.