Eesti Gaas has made an LNG turnaround

This year, Eesti Gaas switched the gas supply of its customers in the Baltic and Finnish regions to a liquefied natural gas-based one, and starting from the spring it procured five shiploads of LNG through the Klaipeda terminal in Lithuania. 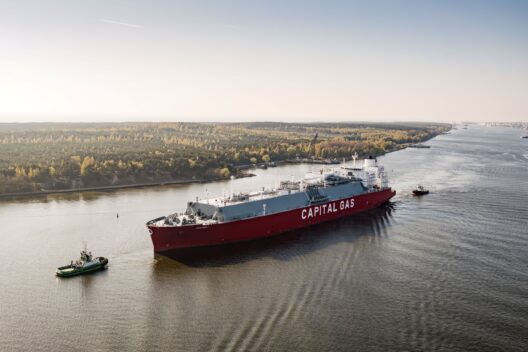 “The past year freed gas from pipe-based constraints – gas now comes to us by sea from the West, mainly from Norway and the United States, compressed hundreds of times in the tanks of giant ships, so that one load covers almost a quarter of Estonia’s usual gas needs. The next gas tanker we ordered will arrive in Klaipeda in mid-January,” said Margus Kaasik, Chairman of the Board of Eesti Gaas.

“When the new supply routes get in place and the new LNG infrastructure together with the ports is completed, it will start to bring down the gas price in our region and expand the use of gas again – gas would help increase the competitiveness of Estonian industry and accelerate the development of hydrogen technologies, in addition, gas could be used for the production of electricity, where it would replace oil shale and support wind and solar energy in covering peak loads,” said Kaasik.

Eesti Gaas started using the small LNG terminal in Lithuania’s Klaipeda already in 2017. In 2019, an agreement was signed with Klaipeda Nafta, after which the purchase of LNG through the Klaipeda Independence floating terminal and its transfer to the natural gas network began. In addition, the company has been supplying LNG with trucks for bunkering ships and to off-grid industrial customers for many years.

Eesti Gaas operates in Finland, Latvia, Lithuania and Poland under the Elenger brand. The group has a total of 50,000 customers. After the company was acquired by Infortar, one of Estonia’s largest investment companies, Eesti Gaas has grown into the region’s largest privately owned energy company, with more than 70 percent of its sales coming from export markets.