The Council of AS Eesti Gaas decided to elect the fourth member of the Board, Kalev Reiljan, who took office at the beginning of January. 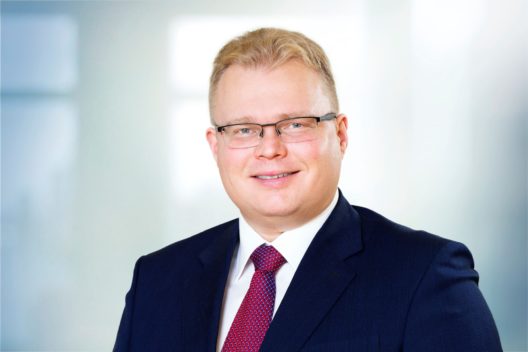 Kalev Reiljan, Member of the Board

Kalev Reiljan, who will be supervising the LNG business and foreign markets, took office as a member of the Board of Eesti Gaas on 1 January 2019.

According to Ain Hanschmidt, chairman of the council of AS Eesti Gaas, the company substantially diversified its portfolio last year, and one of the goals of the new year is to expand its operation to the energy markets of neighboring countries. “Last year was a period of major investments and new projects for Eesti Gaas: we placed the order for an LNG vessel and built a solar power plant complex in Pärnu. The goal we have set for the new year ahead is geographic expansion as the common Estonian–Latvian–Finnish gas market is emerging,” Hanschmidt said.

“In the light of the established goals, we have decided to acquire a valuable addition to the already-strong team of Eesti Gaas in the person of the new member Kalev Reiljan, who will be supervising the LNG business development sphere and our spread to foreign markets,” the chairman of the council of AS Eesti Gaas noted, adding that Kalev Reiljan is a top manager with extensive international experience.

In 2016–2018, Kalev Reiljan worked as the Chief Technology Officer and Chief Operating Officer of Telia’s Division X; earlier, he was a CTO and member of the board in Sonera, Finland. Reiljan graduated from the TalTech university, having specialized in business administration, and completed mater’s studies in the IMD business institute in Switzerland.

From now on, there are four members in the Management Board of Eesti Gaas: Ants Noot, Raul Kotov, Margus Kaasik and Kalev Reiljan. Eesti Gaas is based on 100% Estonian capital. The owner of the company is the Infotar investment firm.

Eesti Gaas supplies customers with natural gas through pipelines, as CNG and LNG. In addition, the company sells electricity and specializes in the development of various energy production solutions. Eesti Gaas has 48,000 clients and 230 employees.