At the ‘Kütame!’ (‘Let’s heat it up!’) Energy Fair that was held in Rakvere, actions that professional associations and organisations in the energy sector consider worthy of recognition, acknowledgment and credit were awarded the Energy Deed of the Year 2019. 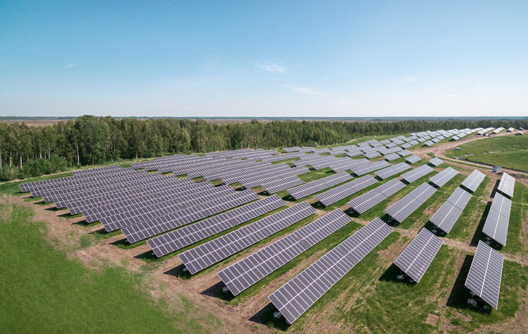 Pärnu Päikesepargid was nominated for the award of Energy Deed of the Year 2019 by the Estonian Renewable Energy Association for building Estonia’s largest solar power plant on the former Rääma landfill site. The joint project between Eesti Gaas and Paikre OÜ was launched in the summer of 2019. The annual capacity of the solar farm is up to 4 million kWh, which covers the annual energy consumption of more than one thousand households. The solar farm, consisting of 13,000 solar panels, covers a 16-ha area.

The Estonian-Finnish natural gas transmission system Balticconnector, the onshore section of which is being built by EG Ehitus (a subsidiary of Eesti Gaas), Scanweld and Alvora together with Elering, was nominated for the award of Energy Deed of the year 2019 by Estonian Gas Association. The total length of the gas transmission pipeline is 153 km. The pipeline will allow bi-directional gas flows. The capacity of the pipeline, which has a nominal diameter of 500 mm and pressure of up to 80 bar, is 7.2 million cubic metres of gas per day. Balticconnector is expected to be completed by the end of this year.